I’ve always wanted to ski Mt. Marcy, so when I was asked to speak at a sales training for my old job in Albany, it seemed like a perfect fit. Marcy is the tallest mountain in New York, well know for its above tree line summit snowfields and as a classic ski descent. I wasn’t going to be needed until 4:30, which left me most of the day to get up and down before I had to show up in a suit and tie. Following a 6am departure from Saratoga Springs, I was at the Adirnodack Loj trailhead. 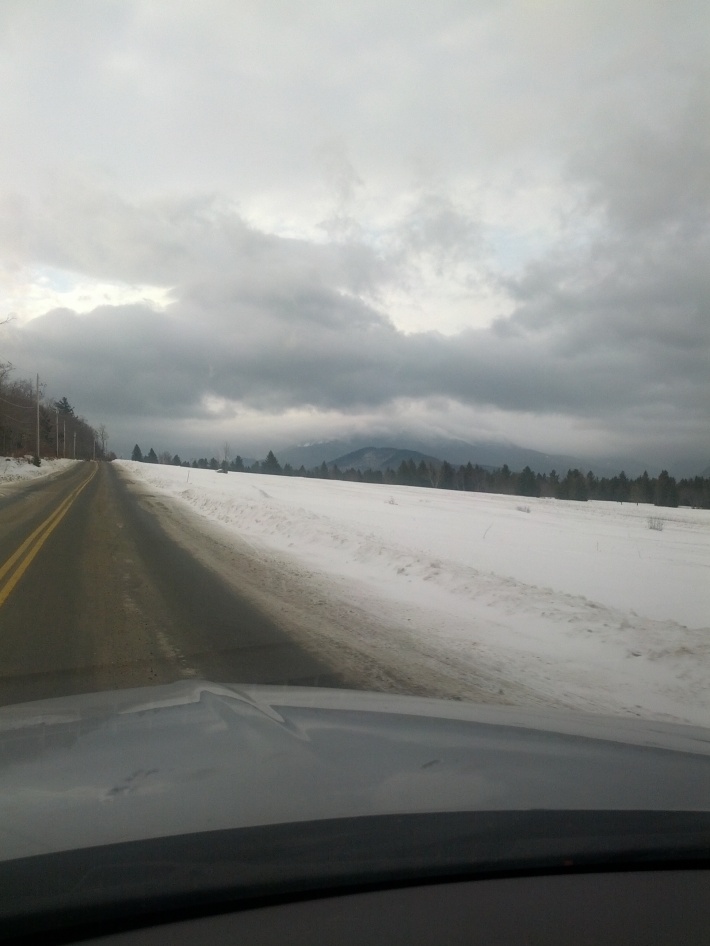 Jurassic Karl had been nice enough to lend me his car for the day to make the trip, and as I stepped out of his car, I realized I had made a fatal flaw. I had just locked my cell phone, skis, wallet and all other gear inside. With 14 miles to travel and a hard turnaround time at 12:30, this was a problem. Getting home in general was starting to look like a problem! I have always known that it is possible to break into a locked car with a coat hanger, but I had no idea how it was done. There was a lodge about a quarter mile away, and with coat hanger in hand, I set about breaking into my car. Unfortunately, this was about the point when I actually realized I didn’t know how to break into a car with a coat hanger. The two guys parked next to me didn’t look like professional car thieves either, but I figured they were worth a shot. As it turns out, one of them worked in a reclaimed auto yard, and ten minutes later (including him taking the antenna off of his own car and using it as the device to unlock the car) I was on my skins and on my way.

It was now 9:30, and with my turnaround time in mind, I set off in a Glitch Mob whirlwind that would make the heartiest snowshoer quiver in their microspikes. The trail gains all of its elevation over a period of seven miles, and the gradual climbing was about what I had expected. A few miles in, I crossed a frozen lake at a prominent dam and hung right as the skin track began to climb more rapidly. I was expecting the trail to go more to the left, but otherwise the trail was more or less as I expected it. After climbing for another forty minutes, I came to an unexpected sight: 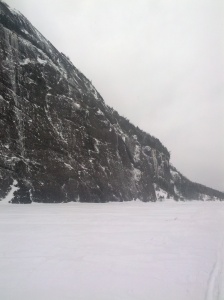 One thing was for sure – crossing another frozen lake buttressed by massive cliffs had not been on my itinerary. It was an awesome spot, for sure, but not what I had expected. I continued onward, and it wasn’t too long before I was able to flag down another skier going in the opposite direction. He informed me that I was on Avalanche Lake, several miles from where I should have been if I was planning on climbing Mt. Marcy proper. I continued onward a bit past another lake, Colden before turning around and heading back home. 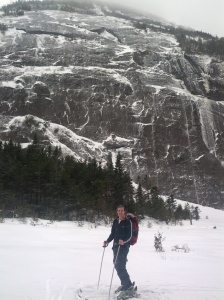 On the way down, I took a few pit stops to climb and ski some slides that I had spotted on the way up – fun interludes from a day of predominant sloggage. Overall, I would still characterize the day as a success. In the face of some misfortune and my own mistakes, I still got in my goal mileage and saw some things that I would have never seen if I wasn’t so boneheaded. Overall, the trip was a successful one, and the Adirondacks certainly earned a return trip in the future.