With the amount of powder that’s been skied over the last several weeks, it’s safe to say that training for the Bear Mountain 50-miler has taken a significant backseat. Endurance events are fun, but powder must be skied. This is all changing as powder season gives way to The Great Spring Corn Harvest – an annual rite of spring (more on this over the next several months). Either way, it was time to get in gear for the ultra that is now less than 40 days away. 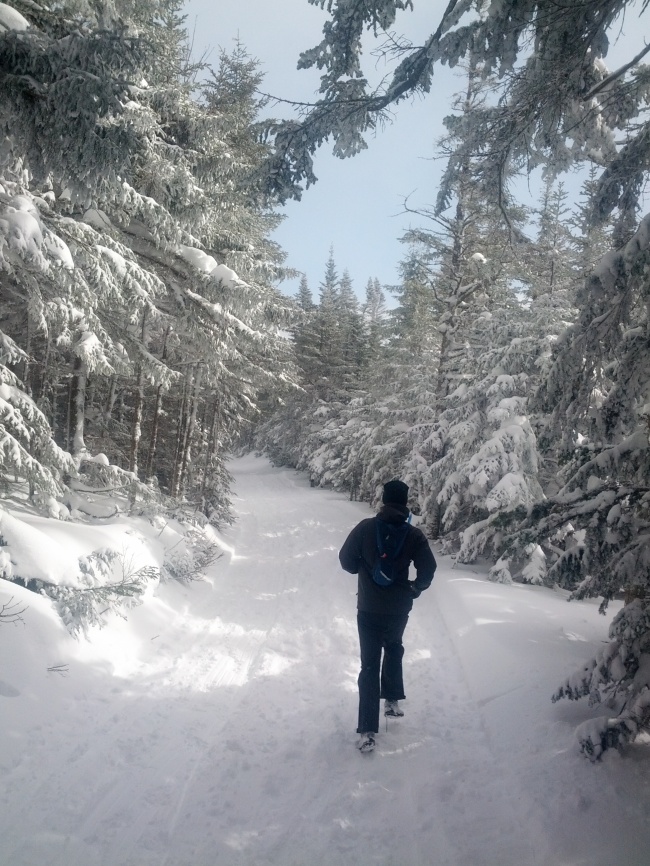 Long distance events like ultras and Ironmans are interesting in that the vast majority of normal working people can’t devote the time to put in volume anything approaching full race distance on a consistent basis. The best bet is to lump training volume together over two or three days in a way that simulates race conditions (ex: “brick” runs for triathletes), and let it ride on race day.

All that being said, when my buddy Andrew came up last weekend to put in a long day, we started thinking immediately about what could be done to simulate what was going to be found in five weeks – lots of climbing and downhill running. With snow still everywhere, it was decided was that it was best to embrace it and head north to lap the Tuckerman ravine trail to Hermit Lake for as long as we could. The goal would be to equal or beat the elevation gain for Bear – about 7000′ feet.

From Pinkham Notch to HoJo’s is 2.4 miles one-way and 2000′ feet of climbing. We ended up cycling through 4 times, hiking up and running down, for a total of 8000′ of vertical and a pinch under 20 miles of running – definitely a personal record for single-day vertical climb for me. Things were not particularly pretty by the last lap, but we got it done, which I’m sure we’ll be appreciating those last several banked miles (especially the downhill ones) when raceday rolls around.